Freedom is not free. Whoever and wherever we are, we owe our freedom today to those who came before us and fought and died for the principles they believed in. Greece (Hellas) will celebrate 200 years of freedom from the Ottoman Empire in 2021. Help us remember and honor those brave American Philhellenes whose support helped liberate this ancient land. The time is now to step up and say, “I want to help!”

Aurora, the second largest city in Illinois, and Mayor Richard C. Irvin have announced that they are proud to be a part of this undertaking which honors the sacrifices of our Philhellene forefathers and all Hellenes who fought for the Independence of Greece. The monument will be in Wilder Park, near the city’s downtown area and easily accessible to all. 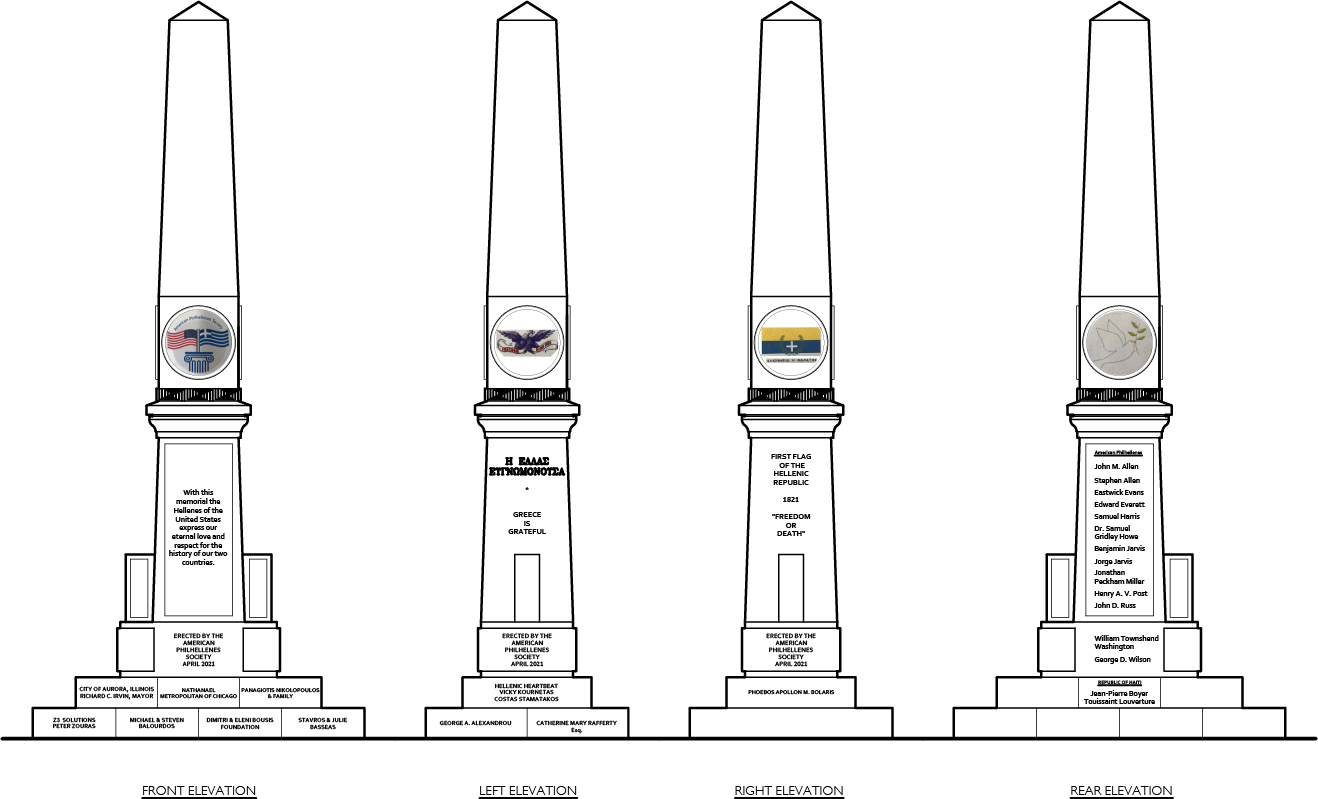 Inscribe your name on the monument

We ask for your generous support of this significant project. Please review the following donor opportunities. We are available to provide you with any additional information you may require. Just tap or click, the digital assistant

on the bottom/right.
If he cannot resolve your issue, we will. Just type "Human" and hit enter, and one of our agents will be with you shortly.
As a thank you gift, our supporters will receive the following: 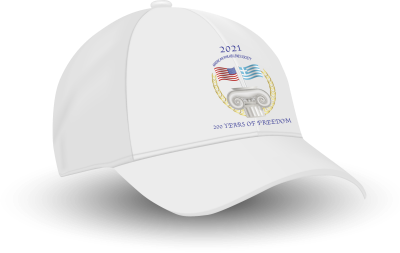 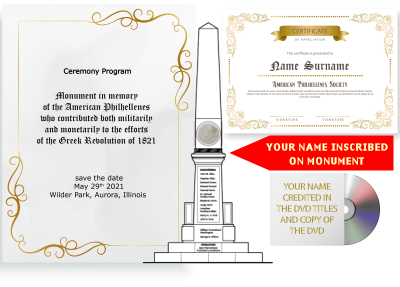 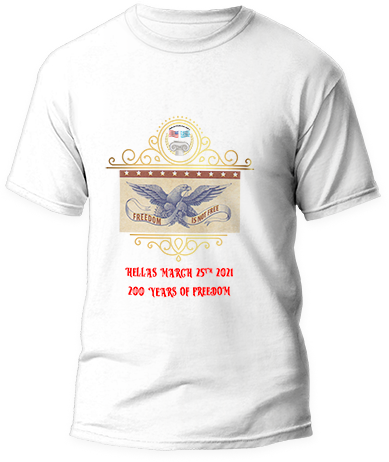 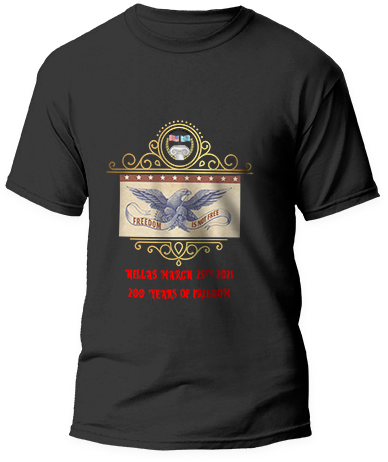 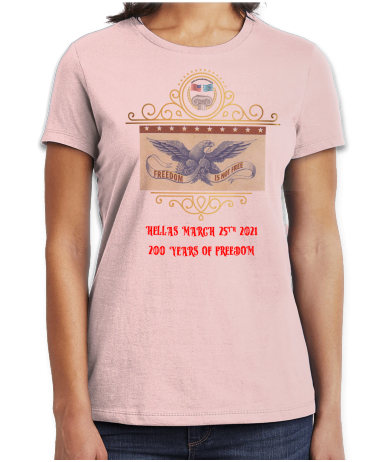 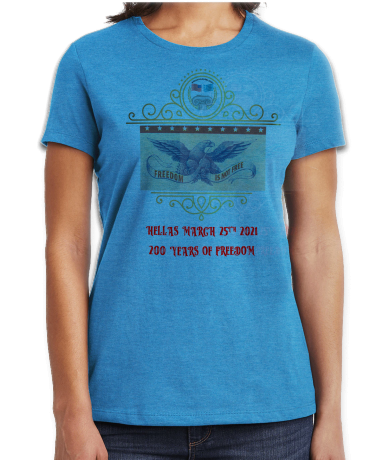 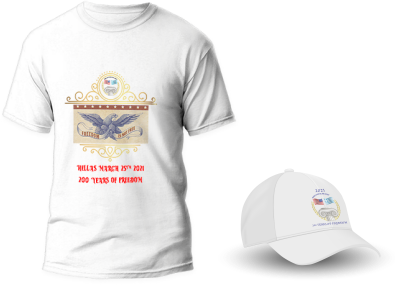 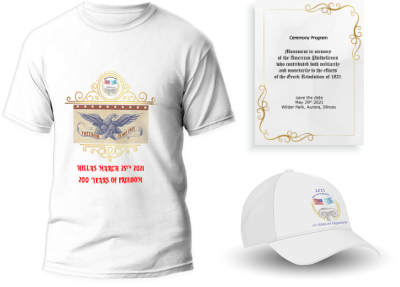 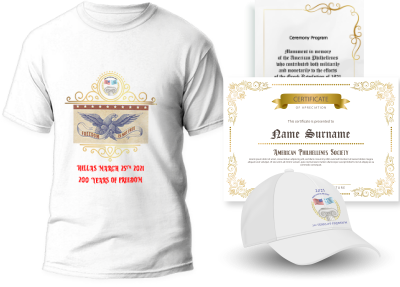 Also, your name inscribed on face of monument, DVD video of presentation to Aurora 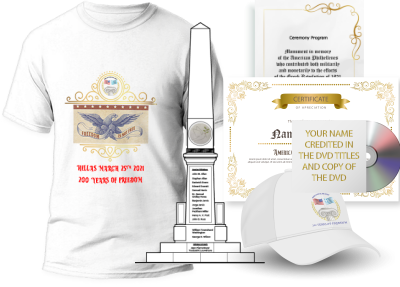 Every contribution gives you access to watch the video of the presentation online.
All the giveaways are limited edition and include a numbered certificate of authenticity.
GRAB THEM ALL!

Please help make a difference in the strengthening of the bi-lateral relations of Greece and the United States by contributing to the American Philhellenes monument to be erected in Wilder Park, Aurora, Illinois.